Plans for five countries in East Africa to adopt cleaner fuel standards in 2015 are likely to help absorb excess low-sulphur oil products coming out of Middle East and Indian refineries, where new capacity is being added, industry sources said.

Kenya, Tanzania, Uganda, Burundi and Rwanda are due to switch to the cleaner fuels from January 2015, according to documents posted on the websites of the regional intergovernmental organization East African Community (EAC) and the United Nations Environment Programme (UNEP).

By Jessica Jaganathan in Singapore for Reuters 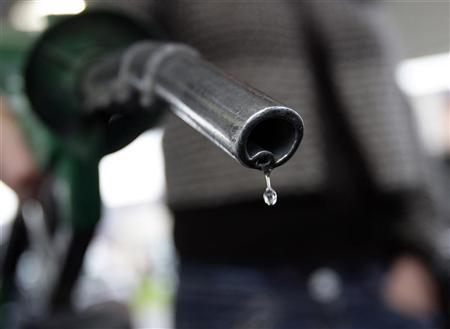 The East African plan to burn low-sulphur diesel and gasoline would open a new market for these refiners, who now compete with U.S. and Russia to supply Europe, traders said.

“There is an oversupply of (ultra-low sulphur) diesel … and the situation will only get worse in terms of oversupply once Ruwais and Yanbu’s new capacity is online,” said a Singapore-based middle distillates trader.

Abu Dhabi National Oil Co (ADNOC) is expected to double the capacity of its Ruwais refinery from 415,000 barrels-per-day (bpd), with an expansion to be completed late this year. Yanbu Aramco Sinopec Refining Co is likely starting its new 400,000 bpd refinery by the first quarter of next year.

Currently, these refineries are competing to supply to Europe as the majority of Asian countries outside of Japan and South Korea are still using higher sulphur fuels.

The EAC countries have been discussing their switch to euro IV standards for diesel and euro III standards for gasoline for the past couple of years, working in conjunction with UNEP with the aim of reducing harmful emissions and improving air quality.

Under the changes in specifications, the five East African countries have to lower sulphur content in diesel from 500 parts-per-million (ppm) to 50 ppm, according to EAC and UNEP documents and conference presentations.

For gasoline, the EAC countries have to lower sulphur content from 1,500 ppm to 150 ppm.

They also have to drop lead content and maximum density slightly.

EAC officials did not reply to e-mails seeking information on whether the implementation of the new standards is on track and will go forward on schedule.

But oil importers in Kenya and Tanzania have told suppliers they need to be prepared to supply the low-sulphur fuel from the start of next year.

Kenya and Tanzania import about 600,000 to 670,000 tonnes of diesel and gasoline every month – about 170,000 bpd – for their own needs and to export to their landlocked neighbours, according to traders who regularly participate in monthly tenders issued by companies that handle the imports.

Diesel is mainly supplied from India and the Middle East while the gasoline comes from the Mediterranean and Fujairah, the traders said.

Kenya’s diesel and gasoline imports are set to rise by a third over this year and next, driven by a growing auto fleet and rising industrial activity and because the country’s sole refinery shut last year.

Read the original article on Theafricareport.com

close
Start typing to see posts you are looking for.
Scroll To Top